There are over 100 mortgage lenders in the UK. Mortgage Lender .co.uk will help you make the right choice.

Speak to a professional adviser

To speak to one of our professional advisers, please click here 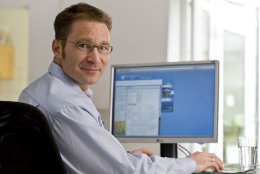 The Royal Institution of Chartered Surveyors (RICS) UK Housing Market Survey this week reports that house prices fell during July and that surveyors are expecting house prices to continue to fall or remain stagnant in the coming months.
The Rightmove house price index also showed a fall in prices during the first weeks of August, this could be due to the traditional summer lull in house buying but may also be a reflection of the lack of affordable property and mortgage products that are suitable for first time buyers. The national average property price has fallen by over £4,000 since the beginning of the summer break and possibly demonstrates an over supply of homes for sale compared to the number of people who are willing or able to buy.
The rightmove site has also found that 60% of people who rent their home would like to buy but are unable to raise enough cash for a deposit and that there is still a perceived shortage of affordable mortgage products.
RICS predicts that an acceptance by sellers that there is a shortage of buyers will result in more realistic property pricing and be a feature of the next few months that will help to ensure that sales remain stable rather than continue to decrease.
RICS spokesperson Ian Perry said "The fall in the RICS house price measure is broadly consistent with most other recent data that has been released."
The number of properties on surveyors books has actually risen slightly during the summer and the withdrawal of the requirement for HIPS paperwork has been cited as a factor that may have encouraged potential sellers to test the market by putting their house on the market without having to commit to any financial outlay. RICS predicted back in June that the removal of HIPS would have a positive effect upon supply to the housing market - it would appear that these forecasts have materialised during June and July.
Rightmove also believes that vendors who had placed their property on the market before the summer holidays may well have to re-assess their asking price following the new listings and pricings that have appeared during August.
Many commentators also make the observation that the effect of the planned economic cuts and other new Government measures due to be implemented from September onwards have not yet had a full impact upon most people.
David Finlay from Barclays “There’s a lot of uncertainty out there ..................... lots of people thinking ‘actually, am I going to have a job, am I going to get a salary rise, what can I afford?’ and that’s going to keep the market flat.”
The general public are having an anxious summer as they wait to see what affect the recent Government announcements about public spending cuts and other economic measures will have upon them personally.
Finlay believes that the mortgage market is unlikely to show any growth for at least the next eighteen months and that any significant change – up or down – will not be until the end of 2011 and into 2012.
Analysts seem to be in agreement that the combination of withdrawing the need for HIPS combined with public concerns about job cuts and austerity measures have resulted in more property coming onto the market but a continued reluctance from new buyers or people who would like to move about making large financial commitments, including mortgages. First time buyers are still under catered for by mortgage lenders and the balance of actual sales compared to advertised property remains uneven, if prices continue to drop it may be that more new buyers will be able to afford to enter the market, but for the moment it is unclear whether sellers will be prepared to reduce their asking price.

Speak to a professional about a Mortgage